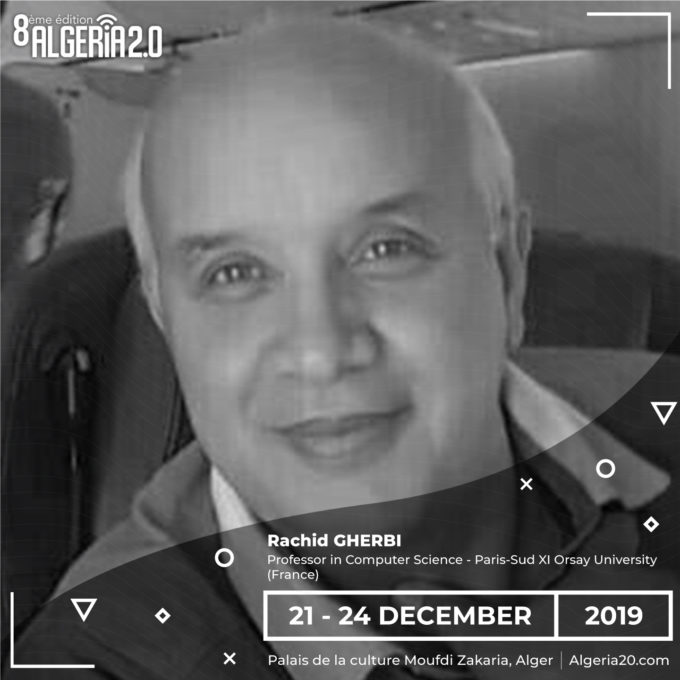 Dr. Rachid Gherbi is a Professor in Computer Science at Paris-Sud XI Orsay University, France, since 1988. He graduated as a computer engineer at USTHB (University of Science and Technology Houari Boumediene) in 1987. He obtained a DEA (Research Master) in Computer Systems in 1988 and a Ph.D. in Computer Vision in 1992 at the University Paris-Sud. He obtained his HDR (Habilitation to head research) in 2001 at the same university on the representation and processing of complex data in Human-Computer Interaction. He co-founded and directed several human-machine communication research groups in the laboratories LIMSI-CNRS Orsay and Genopole Evry. He supervised a dozen doctoral Ph.D students and 20 Master ones, and published a hundred international articles. He managed several projects funded at national and European level, in partnership with academic teams and industry, as well as the organization of conferences and scientific days and schools. He has actively participated in the various university training and research committees. He was Visiting Professor at Concordia University (Canada) in 2005. His research interests range from computer vision to virtual and augmented reality (V&AR) in the context of human-machine interaction. Since end of 2014, he is carrying out the development of V&AR in Algeria in cooperation with DGRSDT, CDTA, CERIST, USTHB and other scientific centres and universities. He is a nominated member in CSP Committee of the Algerian MESRS (Ministry of Higher Education and Scientific Research). He is presently the head of CU-PUIO (Pôle Universitaire d’Ingénierie d’Orsay) at Paris-Saclay University.